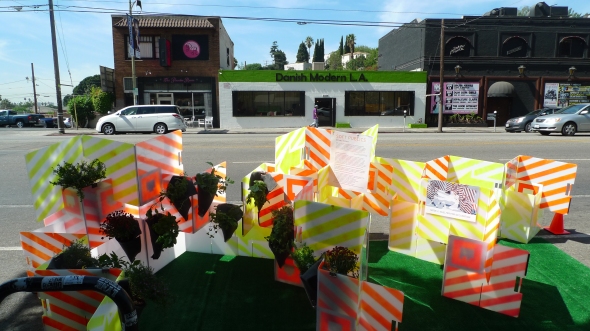 With many people in pre-dawn lines waiting to pick up their brand spankin’ new iPhone 5s or glued to their windows waiting to catch a glimpse of Endeavor as it flew over LA, the crowds for Parking Day LA 2012 were not huge this morning.  Nonetheless, LA designers did not disappoint as there were still a few great pop-up green spaces spread across town from Culver City to Downtown.  We were lucky enough to be involved with two parklets this year, so here are a few of our favorite shots. 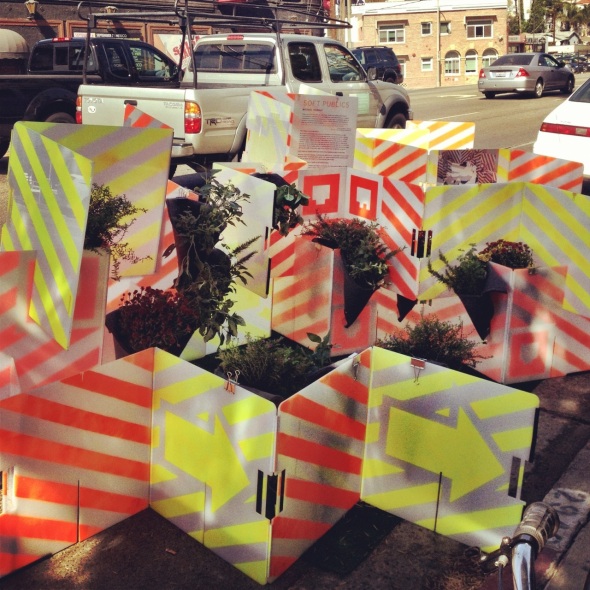 de LaB continued its tradition of hosting a parklet in front of popular Silver Lake eatery LOCAL.  This year the provocative pop-up park was designed by the Art Center grads at The Rare Studio.  Soft Publics was an edible, “sittable” pop-up green museum disguised as a construction site. 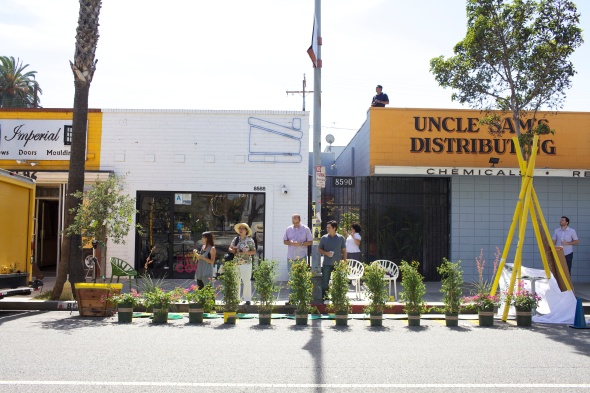 The LA Times ran a great preview yesterday with a rundown of parklets across town and there will probably be more coverage of the best of Parking Day LA later today or this weekend.  Also, stay tuned for more info about the three permanent parklets that will be announced later this fall as part of a City of LA pilot program that hopes to set the rules and in turn encourage more permanent parklets throughout the city.